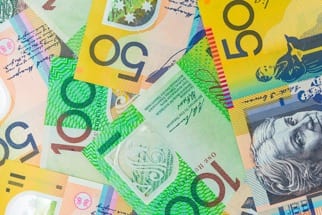 As you are probably aware, the Turnbull / Morrison team delivered their first budget last night. Being a pre-election budget they seemed determined not to upset too many voters. Arguably, some of the biggest changes were made in the area of superannuation. Despite the measures to clamp down on those with millions in their super funds, we have spotted a few opportunities that may become available under the new laws:

Under the current laws you can only contribute to super after the age of 65 if you meet a ‘work test’. This means that a lot of retirees who downsize their homes can’t put the proceeds into super, so they miss out on the tax benefits of retirement income streams. If this new law passes, then anyone under the age of 75 will be able to contribute up to $500,000 into super (providing they haven’t already used up their lifetime cap).

Concessional contributions include an employer’s 9.5% SG payments, salary sacrifice and any personal deductible super contributions. For those under 50 years old, the contribution limit is currently $30,000 per annum. For those 50 or older – the limit is $35,000. As the reduction in the limits won’t apply until 1 July 2017, taxpayers can still make the higher contributions for the remainder of the 2015/16 financial year and for the full 2016/17 financial year, before the change comes into effect.

Currently employed persons can only get a deduction for personal super contributions if they establish a salary sacrifice arrangement. They are unable to make extra contributions at financial year end, to lower their taxable income levels. Under the new laws, taxpayers will be able to make ‘last minute’ contributions prior to the 30 June deadline, providing their employer contributions have not exceeded the new $25,000 limit.

Verdict = It’s not over till it’s over!

The Budget has proposed a new limit on the amount that can transferred from super to the ‘tax-free’ pension phase of super. However if – for example – an investor has a balance of $2.1 million in their fund there is the potential to withdraw $500,000 to bring their balance down to the transfer limit. The $500,000 can then be contributed into super for their spouse, providing the spouse is under age 75 at the time.

Verdict = When the world gives you lemons, make lemonade.

As yet, none of the measures announced have become law and the outcome of the July election will ultimately determine the fate of these proposed changes. So there is no need to panic or make any immediate changes to your current strategies. Going forwards, we will need to work closely with you to ensure we continue to maximise the strategic opportunities that still abound in super, if these changes proceed.

If you have any burning questions – the team at Apollo is always here to help.