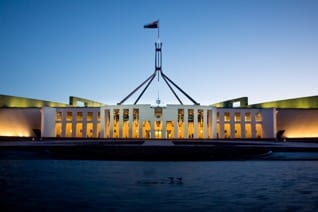 While Scott Morrison might be excited about ‘Budget Night’, for most, it is about as exciting as watching paint dry!

Overall, the 2017 Australian Budget has avoided drastic measures and has been seen as an attempt to restore voter confidence.  I have no doubt that you would have heard some of the proposed measures, nonetheless, I have summarised the pitfalls and opportunities of the proposals I feel to be the most relevant.

This is a positive change that will allow individuals, aged 65 or older, from 1 July 2018 to make non-concessional (after-tax) super contributions, from the proceeds of the sale of the family home, of up to $300,000.  This effectively allows those wanting to “downsize” to move the proceeds into superannuation irrespective of your work status and total superannuation balance.  This will avoid the current ‘work test’ and opens-up superannuation contributions to those over the age of 75

For those considering downsizing, or dreaming of less rooms to vacuum, it might be worthwhile waiting until after July 2018 to take advantage of this measure.

Pensioners who recently had their Pensioner Concession Cards cancelled will be pleased to know that they will be reinstated.

Due to the asset test changes on 1 January 2017, some pension recipients were no longer entitled to a payment and as a result lost their Pensioner Concession Card (PCC).  At the time, those affected were issued with a Low Income Health Card and in some cases a Commonwealth Seniors Health Card.  Although these cards provided clients with access to discounted medication under the Pharmaceutical Benefits Scheme, they don’t provide all the ancillary benefits that the PCC provided.  The Government will reinstate the PCC to those who lost their payment as a direct result of the 1 January 2017 asset changes (effective 2017-2018).  In addition, eligible pensioners will be entitled to a one-off Energy Assistance Payment of $75 for singles and $125 for couples from 20 June 2017.  This is a real bonus for those of you who lost out in January 2017.

While this won’t affect most of you directly, it might be useful for those with children looking to purchase their first home.  Overall, this measure is aimed directly at assisting singles/couples looking to enter the property market by helping them accumulate a deposit for the first home faster than other forms of voluntary savings.

From 1 July 2017, individuals can make voluntary contributions (e.g. salary sacrifice, personal tax deductible, and non-concessional contributions) of up to $15,000 per year but $30,000 in total, to their superannuation account as part of The First Home Super Saver Scheme.  These limits apply individually e.g. a couple can contribute up to $30,000 per year and $60,000 in total.  Voluntary contributions under this scheme must be made within existing superannuation caps.

Withdrawals of the contributed amounts, along with the deemed earning, will be allowed from 1 July 2018.  The amount of earnings that can released will be calculated using a deemed rate of return based on the 90 day Bank Bill rate plus three percentage points.  The withdrawals of concessional contributions and associated earnings will be taxed at the individual’s marginal tax rates less a 30% tax offset.  Withdrawals of non-concessional amounts will not be taxed.

However, we anticipate that the earnings will be taxed at the individual’s marginal tax rates less a 30% tax offset.  The First Home Super Saver Scheme will be administrated by the ATO, which will determine the amount of contributions that can be released and instruct superannuation funds to make these withdrawal payments.  The ATO will also be responsible for administrating compliance mechanisms to ensure the withdrawal from superannuation is used for their first home deposit – and not a sports car.

It has been seen as a necessary measure to increase the levy from 2% to 2.5% pa from 1 July 2019 to fully fund the National Disability Insurance Scheme.

While the media continues to focus on the impact the proposed “Bank Tax” will have on financial markets, with most of us owning bank shares either directly or indirectly in super, it is unlikely that this will have any long-term impact on balances.

Overall, it is a relatively quiet budget compared to last year, however, several changes announced in last year’s budget that will take effect from 1st July 2017.

If you have any questions or comments, or unsure how the changes might impact you, please get in touch – the team at Apollo is always here to help.