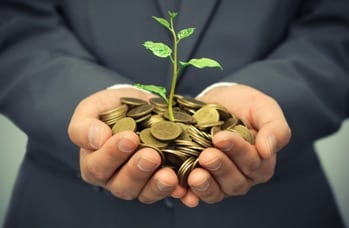 For many years, critics have described superannuation as a ‘rort’ for the wealthy, due to the generous tax benefits.  There has been a recent political shift to steer superannuation back to its core purpose of replacing, or supplementing the Centrelink Age Pension, to replace the perception that it provides the wealthy with tax planning opportunities.

Most of these changes will apply from 1 July 2017, allowing investors a ‘last minute’ opportunity to benefit under the current laws.

So what are the main changes?

Broadly speaking, there are two different types of super contributions, either with pre-tax or after-tax money.

If Fred has a total of $3 million in super, the most he can transfer to the tax-free pension phase under the new laws will be $1.6 million.  The other $1.4 million must be kept in the accumulation phase of super where the tax rate is 15%.

If Fred already has $3 million in an account-based pension, then by 1 July 2017 he will need to transfer $1.4 million back to accumulation phase.  The new laws will directly affect those with high balances already in pension phase, as well as limiting the amount that can be transferred to pension phase in the future.

The $1.6 million Transfer Balance Cap won’t just limit pension balances, it will also limit the amount that can be contributed to the accumulation phase of superannuation.  Currently you can make personal contributions of up to $180,000 per annum to super, or $540,000 if you are eligible to use the ‘bring-forward’ rule (as discussed above).  From 1 July 2017, you won’t be able to make any further non-concessional contributions to super if your Total Super Balance is already $1.6 million or over.

You will still be able to make concessional contributions to super (employer SG payments, salary sacrifice, etc.) but those will be limited to $25,000 per annum.

Under current legislation it is possible to commence a Transition to Retirement (TTR) pension when you reach your preservation age (55 to 60 – depending on your date of birth).  The intention of TTR pensions was to allow early access to part of your super for those wanting to transition their work hours from full-time to part-time.  As the income on investment earning within these pensions is tax-free, it became a standard practice to commence a TTR pension just for the tax benefits, even for those not needing the additional income.

From 1 July 2017 the investment earnings in TTR pensions will be taxed at 15%, the same as the accumulation phase of super, so it may no longer be beneficial to maintain these structures.

Big Super Balances – if you have more than $1.6 million in the accumulation phase of super, now if your last chance to make further after-tax (non-concessional) contributions.  Providing you haven’t triggered the bring-forward provision in a recent financial year and are under age 65 you may be able to contribute up to $540,000.  For a couple, that means $1,080,000 may be added to super before 1 July 2017.  For people intending to make large contributions from the sale of other assets, it might be worth considering borrowing from other sources so they can meet the 1 July deadline.

Transition to Retirement (TTR) pensions – if you currently have a TTR pension but have met a ‘condition of release’ in relation to super, you may be able to convert your TTR pension into a ‘normal’ account based pension to retain the tax-free treatment of fund earnings.  Conditions of release include intending to permanently retire after reaching ones’ preservation age (55 – 60 depending on your date of birth) or having ceased an employment arrangement on or after age 60.

Personal deductible (concessional) contributions – if your cash flow allows, you may be able to take advantage of the higher cap (e.g. $35,000 if you are 50 or over) by maximizing salary sacrifice arrangements prior to 30 June 2017, when the cap will be reduce to $25,000.  For those who meet the definition of being self-employed or being an unsupported person (not in receipt of employer super contributions) it may be possible to make a larger deductible contribution to super in the current financial year, before the lower cap is introduced.

THE CHANGES IN BRIEF

The table below contains a basic summary of the changes:

Due to the complexities involved, it will always be necessary to get personalised advice to properly digest the consequences of the new laws and identify any opportunities.

If you have any questions or comments – the team at Apollo is always here to help.